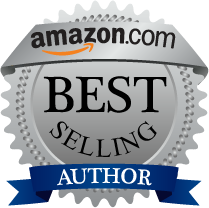 99 Things You Wish You Knew Before…Your Identity Was Stolen

“99 Things You Wish You Knew Before…Your Identity Was Stolen”

Your guide to protecting yourself from identity theft and computer fraud. 99 THINGS YOU WISH YOU KNEW BEFORE® … YOUR IDENTITY WAS STOLEN proactively organizes, simplifies, and demystifies the entire issue of identity theft and computer fraud into bite size chunks to make you, your family, employees and small business safe and secure.

Learn the difference between Scareware, Ransomware and Spyware Understand what is a Black Hat, Cracker, Script-kiddie and Hacktivist Know how to protect your identity online and in the physical world.

This speed read is written by personal security and identity theft expert Robert Siciliano CEO of Safr.Me. Robert is fiercely committed to informing, educating, and empowering Global Citizens so they can be protected from theft, violence and crime in the physical and virtual worlds. His “tell it like it is” style is sought after by major media outlets such as The Today Show, CBS Early Show, CNN, MSNBC, CNBC, Fox News, Inside Edition, EXTRA, Tyra Banks, Sally Jessie, Montel, Maury, Howard Stern, The Wall Street Journal, USA Today, Forbes, BusinessWeek, Cosmopolitan, Good Housekeeping, Reader’s Digest, Consumer Digest, Smart Money, the New York Times, the Washington Post, Boston Globe and many more.

The 99 Things You Wish You Knew Before®… series has collaborated with McAfee and Robert Siciliano, the book’s author and identity theft expert, to launch a first of its kind book in the 99 Series to offer consumers a guide to protecting themselves from identity theft and computer fraud.

The book organizes, simplifies, and demystifies the entire issue of identity theft and computer fraud into bite size chunks to make consumers, families, employees and small businesses safe and secure.

Consumers will be able to:

“As millions of consumers begin to search and shop online during this holiday season, McAfee and I understand the importance of being aware of cybercriminals tactics and knowing how to stay protected from identity theft and computer fraud,” said Robert Siciliano, online security and safety evangelist to McAfee.

November 2011, for 7 days, McAfee offered a complimentary digital copy of the book on www.facebook.com/mcafee and throughout the world, became an instant hit with over 50,000 copies downloaded! Now The book is available in print, ePub, and PDF and can be found now on Amazon, Amazon Kindle, Sony eBook Store and http://www.99-series.com/store.html from $2.99-$14.97.

About the 99 Things You Wish You Knew Before®… series
The 99 Series (aptly described as “coach in your pocket”) has been used by consumers as well as by corporations who wish to promote and encourage employees to seek guidance in areas that affect their personal lives and therefore impact their productivity. It is the first digital series of this kind and is dedicated to providing easy-to-read strategies. Understanding our world of fast-paced jobs and rushed schedules, together with the sweeping changes in global digital marketing, this team of talented, veteran authors has created to-the-point, easy-to-read selections that save time and make learning fun.

The collection of high quality guides are aimed at giving the public life affirming information in 99 snappy points. Designed to make accessing information easy to absorb in a condensed 99 bullet point, reading-friendly format, these pocketbook guides have done the leg work for consumers by gathering the best self help guidance today with specific easy to absorb methodologies for self improvement.

With people today looking for ways to improve themselves and their lives inwardly and outwardly in an effort to gain greater success, 99 Book Series mini-guides feel like a portable “personal coach in a pocket.”