Business Email Compromise (BEC) scams netted $2.4 billion in losses during 2021, with 19,954 complaints reported to the United States government. A joint advisory from the Federal Bureau of Investigation (FBI), the Food and Drug Administration Office of Criminal Investigations (FDA OCI) and the U.S. Department of Agriculture (USDA) urges businesses in the agricultural and food sectors to beware of scams stealing physical goods, not money. 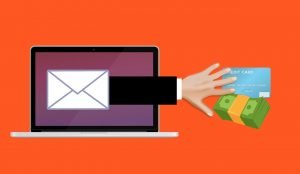 New BEC scams targeting food producers use phony emails and websites to order or reroute goods, such as powdered milk, sugar or whole milk. In some cases, fake emails were used to reroute existing shipments to criminals, while in others fake orders were placed by criminals pretending to be existing clients.

BEC scams combine elements of social engineering and phishing. Criminals learn the names of senior executives at companies likely to order large quantities of ingredients or other goods. They then send phony emails or place fake online orders using spoofed assets and email addresses. In some cases, they will communicate directly with senior staff and place orders or ask for shipments to be rerouted. Because the emails look legitimate and generate real responses from humans, employees may accept the phony orders or reroute shipments, leading to hundreds of thousands of dollars in lost product.

Among the scams reported by the Federal government–

How to Spot BEC Scams

In nearly every case outlined by U,S, government agencies, there was a small change in an email address that revealed the fraud. In some cases, an extra letter was added. In other cases, the number “1” was substituted for a lower-case “L.” Email addresses may also point to incorrect domains, such as a .org or .net instead of a .gov or .com.

Business Email Compromise scams can slip by employees, even those who have had cyber security training, because they appear professional and do not directly ask for money. They appear to be professional enquiries, often include recognizable names and company logos and present business opportunities. It is only after the order has shipped that companies realize they have been scammed.

As with most scams, awareness and verification stop the criminals and the attacks.

In the most insidious versions of a Business Email Compromise scam, criminals gain access to a company’s legitimate email server, then create fake accounts that they use to communicate with their victims. This can be remedied by reviewing all company email accounts regularly and by immediately closing the accounts of former employees.

As the government warning illustrates, cyber threats come in many forms and through many channels. This scam is a prime example of the kind of attack that many existing cyber training programs miss.