You are here: Home / child predators

YouTube uses a recommendation algorithm to help people view things they’d like to see. Recently, the algorithm seemingly encouraged pedophiles (YouTube would have no way of knowing this) to watch videos of children playing at home, videos that the family members uploaded. 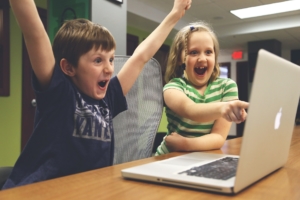 Do your kids make digital purchases with you money?

A report from the New York Times detailed how YouTube had been exploiting minor children through the automated recommendation system. According to the report, researchers at the Berkman Klein Center for Internet and Society at Harvard were studying the influence of YouTube in Brazil. This was when they noticed the alarming issue. The experiment used a server, which followed YouTube recommendations a thousand or more times, which build a map of sorts in the process. The map is designed to show how YouTube users are guided as to what they may want to watch.

During the experiment, recommendations stemmed from sexually-themed videos, which is when researchers noticed that the system showed videos that were extreme or bizarre, placing more emphasis on youth. In some cases, a video of females discussing sex led to videos of women breastfeeding or wearing just underwear. Many times, the women mentioned their ages, which ranged from 19 to 16 years old.

With such softcore fetish recommendations already being showed, YouTube showed videos of children who weren’t fully clothed, many of them in Latin America or Eastern Europe.

These videos were usually home videos that had been uploaded by their parents. Many times, parents want to easily share videos and pictures of their children with family and friends. However, YouTube’s algorithm can learn that people who view sexually-exploited children want to see these family videos and may recommend them without knowledge.

One mother, Christine C., was interviewed by the Times about her 10-year-old child. The child uploaded a harmless video of her and a friend playing in the pool. The video was viewed over 400,000 times in just a few days. The mother said that her daughter was excited about the view count, which alerted Christine that something was amiss.

This is just one of many incidents that unfolded after YouTube publicly confronted its issues with pedophilia earlier in 2019. Back in February, YouTube had to disable comments on minor children’s videos because pedophiles were reportedly commenting on the videos in ways to signal other predators.

Studies have shown that the recommendation system on YouTube can create a rabbit-hole effect where the algorithm recommends more extreme content as time goes on. The company denied that reality or skirted the topic. However, in May, Neal Mohan, the chief product officer at YouTube, said that extreme content doesn’t drive more engagement or watch time than other content options.

YouTube hasn’t made many comments about the recommendation system or that it creates the rabbit hole effect. Instead, journalists and reporters are referred to a particular blog that explains how the company focuses on protecting minors and that its videos don’t violate any policies and are posted innocently.

The announcement also focuses on the recent steps taken by YouTube to disable comments for videos that feature or are uploaded by minors. Minors are also going to be restricted so that they cannot live-stream unless a parent is on the video. Along with such, the company plans to stop recommending videos that depict minors in risky situations.

Researchers believe that it would be best to block children’s videos or videos depicting children and not allow those videos in the recommendation system at all. However, YouTube reported to the Times that it doesn’t plan to do that because the automated system is one of the largest traffic drivers and could harm creators.

If you’re a pedophile, you’d be wise not to keep any prescription containers in view of a webcam with your lewd pictures. The information on such a bottle is what helped pedophile Stephen Keating get 110 years in the slammer says a CNN article.

But the amazing thing is that the bottle’s information was extracted from a blurry image of it in the background of a photo that Keating took of one of his 14 victims. Keating posted the photo online, not knowing that that innocent little prescription bottle would get him busted—along with the fingerprints that were extracted off his fingertips in the image.

Yes, this is what forensic technology can do these days. Only some of Keating’s name and the prescription number were actually extracted in a photo lab, but it was enough information for a record check of the pharmacy to get his identity.

How does this technology work?

In another case, an image showed a woman and her victim holding a fish at a campground. The woman was a known offender…but where was this campsite?

The image of the fish was sent to Cornell University for analysis of the species: Where is this type of fish found? The location was narrowed down to a specific area, and then the campsite image, minus the offender and young victim, was sent to all the campsite advertisers in that region. They got a hit, and in fact, the reception room of the particular camping grounds had the same image on display. All of this took place in under four hours.

Even a blurry company logo on a shirt can be extracted for identification. In one case this led to a plumbing business where an offender used to work.

Where are all these images coming from in the first place? The public sends in tips to the CyberTipline. So do giants like Google, Facebook and Twitter. Cole says that the advanced technology has caused an exponential increase in the number of victims rescued.

Jeff Chester, Executive Director of the Center for Digital Democracy said, “The Commission should enact new rules for COPPA that draw upon its current investigations into behavioral marketing and other current digital advertising practices. It’s time for the FTC to do a better job of protecting the privacy of children online.”

The Internet today isn’t what is was in 1998. Back in the day, when dial up – the online equivalent of a horse and buggy – was the only means of getting around, the risks weren’t as great as they are now. The speed of technology has outpaced the security of information and the learning curve of users. Over time, many web operators conveniently forget the rules, chose to do things their own way, and then apologize when they are accused of doing something wrong.

The original COPPA was designed around websites that sell merchandise. Today, we have social media, Second Life, online gaming sites, and smartphones that can access the Internet anywhere, anytime.

The report states, “several start-ups…are experimenting with ways to use cell phones to bridge the digital and physical worlds and turn the tasks of everyday life, like buying coffee and running errands, into a game.” Many major companies are taking advantage of these applications for promotional purposes. A major fast food chain, for example, offers a soda and sandwich to people who “check in” three times. This company is also able to “use the data they collect from people’s cell phones to learn more about who their customers are and how they behave.”

Geolocation could pose a privacy threat. Information collected through geolocation is particularly sensitive, since it can allow a child to be physically contacted wherever he or she is, at any time. Parents need to be aware if there is misuse.

The descriptively named website PleaseRobMe.com aggregates real time location information that users have voluntarily shared on Twitter in order to bring attention to the potential problems with this type of sharing.

The risks are magnified for children, who will often fail to comprehend the significance of sharing personal information. And when a child’s location is collected automatically, neither the parent nor the child is aware that this information is being shared, nor are they given the opportunity to consent or refuse to consent to such data collection.

Kids are plugged in all day, which means it’s imperative that parents understand how these technologies are slowly infiltrating children’s’ lives in ways that we couldn’t possibly have imagined a decade ago. Hopefully, more transparency and oversight of the wild, wild web will keep new technologies in check, and your kids more secure. A great site to help educate you and your kids is www.WiredKids.org.